As I opened the box filled with treasured pieces from my youth, I came across a letter I once placed on my mother’s pillow at the age of seven. Always fearful of confrontation when wanting my way, this means of communication helped me get my desires off my chest with no fear of rebuttal – at least in that moment.

“Dear Mommy, I know you want to give my Patti Play Pal away, but I just can’t. It would be like giving one of my beloved children to another family, and that would break my heart. Please don’t make me do it. Your sad daughter, Jackie.”

For those of you who grew up in the 1960s, you might remember this massive doll. She stood over three feet, was cumbersome to play with, and a bit unattractive with stringy, unmanageable hair. But like all my other dolls, I loved her and refused to let her go: a loyal trait that would later become my undoing.

Recently, I’ve begun the process of clearing out my home of thirty-five years. I’ve gone through closets in the five-bedrooms, torn apart the attic, and emptied every cabinet. This decluttering has not only been an exhausting chore, but emotionally painful. I’m one of those sentimental slobs that have a hard time getting rid of anything with a memory attached to it, especially my doll collection.

Staring at the porcelain faces on my mother’s antiques, my vast array of Barbies and friends, as well as Chatty Cathy and Madame Alexander dolls, I began to sniffle. Next came the numerous dolls I added later because they reminded me of my four children. Suddenly, the sniffles became tears, and I reverted to that little girl wanting to write a note, begging, “don’t make me do this.”

Over the years, the art of detachment has been one of my life’s hardest lessons, and it’s not just with stuff. Creating friendships that faded with time caused sorrow.  Making plans and dreams for a life I thought I wanted, only to become derailed, brought intense fear. And, watching my children fly away to their great becoming left me wondering, “Who am I if not a mom?” I’ve spent so much time with my manicured claws digging into the past, refusing to let go, that I often become stuck.

Recently I read that detaching from material possessions and past life experiences was a sign of emotional maturity. By releasing things, people, or even memories that no longer serve a purpose, you become free to create a new life, totally unencumbered, and one that may ultimately lead you to your true divine destiny.

Wanting to be considered mature and a grownup (labels I struggle to attain even at sixty-five), I took several of the dolls out of the cabinet, thanked them for all they joy they’d once brought, and gave them away. Like Patti so long ago (and, yes, Mom won that one), it was time they found a new home where they’d be loved again. They deserved to have life infused back into their plastic bodies with the touch of a child’s hand.

While this entire process wasn’t easy as I cried along the way, once done I found it to be not only freeing, but also magical. By releasing my world of stuff, I created new sacred space for positive energy to flow. With the art of surrender, my soul made room for a new season: one without the tethers or anchors holding me back – a time of freedom for my true becoming. Hey, maybe being a grownup isn’t so hard after all. 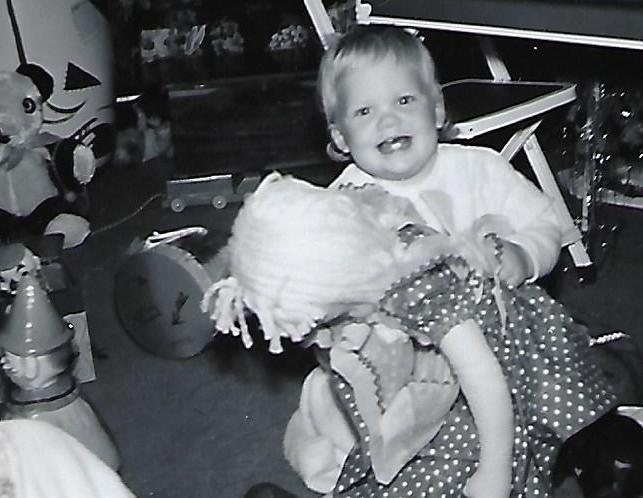