Through the Eyes of a Child 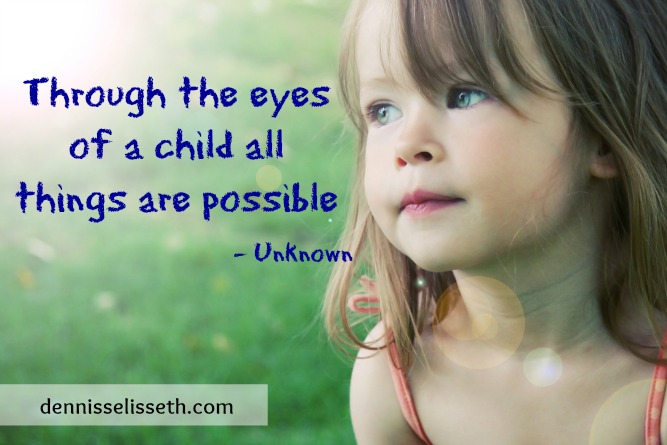 Racing into the kitchen with excitement in every breath she took, Jenni announced she was preparing a snack for Santa. The year was 1994 and our home exquisitely decorated for the Christmas season. But staring at my precious doe-eyed child, I became concerned when it hit me: at eleven-years-old, she somehow missed the memo Kris Kringle was just a fairytale.

Pulling her older sister aside, I asked, “Michelle, did you know Jenni still believes in Santa Claus? I fear kids will make fun of her if they find out.”

“Oh God, Mom!” She replied, equally worried. “I just assumed she knew and was pretending all these years.”

Since Christmas was two days away, I decided to break it to her after the New Year before school resumed, but became anxious with how she’d take it. Would Jenni one day end up in therapy as an adult over the lie? After all, even her two younger siblings, Lauren and Tim, figured it out in first grade. But wanting to play along one last time with our fifth grader, we helped her slice carrots for the reindeer and made cookies for the fat man himself.

And, while I found this sweet, it was her innocence on Christmas Eve that deeply touched my heart. As the others squirmed in Mass, annoyed with feeling confined, and my mind on the dinner waiting, her precious head was bowed honoring a baby’s birth as she prayed for a world less fortunate. Witnessing her gentleness, I realized it was we who missed the memo on the true meaning of the holiday.

A week later, I sat her down. “Honey, I have something to tell you…”

As expected, tears glistened in her enormous hazel eyes, but surprisingly, rather than running out of the room in hysterics, Jenni stood up and hugged me. “I kind of thought so,” she whimpered, holding back the flood I knew would come later. “But I didn’t want to believe it. I was afraid if I admitted it, then Christmas would never be the same again.” Hugging her tightly, I became concerned she might be right. Then, I heard, “I don’t care. I still want to believe.”

I once read, “Through the eyes of a child, all things are possible.” Today, as I think back on Jenni’s youth, I’m reminded that children see the world only through loving eyes. Their self-worth has yet to travel to the dark side of fear we adults become muddled in, so forgiveness is easy. For them, life is simple. Each person they meet is a new best friend and every day is magic as it unfolds right before their eyes.

Okay, perhaps it’s silly for our adult consciousness to pretend that magic still exists, especially when 2017 was so painful. But, maybe there’s still a way. Studies have shown that if we take a moment and not only tap into but honor our inner child, we’re then able to bond with our higher self; that blessed vibration deep within where harmony exists, the good in all is seen, and love freely given.

What would happen if we allowed our inner child to scream, “I believe!” Maybe not in Santa Claus, but in our humanity that was created out of love. Despite the fact it feels lost at times, most people are inherently good and want the best for others. If only for a day, what if we looked past the negative and only focused on the positive. Just think of the magic we could create – like respect, compassion, acceptance, or even peace on earth as we honor the goodwill in all.

May this holiday season be one of joy, love, and pure childish inspiration.

What childhood memory do you have for the holidays? I’d love to hear. 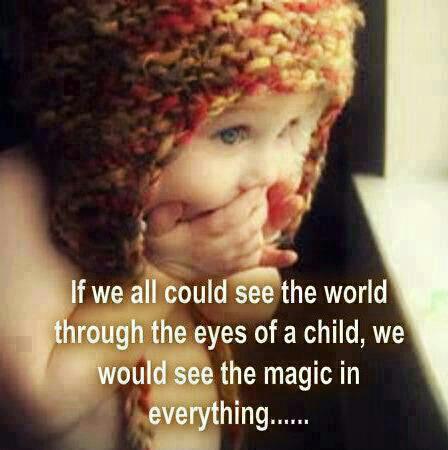