Worth the Price of Admission 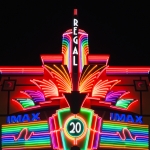 As the pharmacist pushed the 12″ x 4”-inch box across the counter, fear created a searing heat that flushed my face. Seeing the apprehension in my eyes, the man, in his pure white lab coat, seemed sympathetic as he nudged the box a little closer. Then he giggled, “Better you than me.”

All my life, I’ve been diligent about my doctor’s appointments. I’ve been poked, prodded, scanned, opened up. pricked, and squashed. I’d gone through every possible medical investigation except one – a colonoscopy.

It wasn’t that I feared the bright lights of the surgicenter operating room or the fact that some cute doctor would be peering at my backside. It was that junk you had to drink the night before and the literal bomb it would detonate. But the news of a friend’s husband’s recent experience cast my silly vanity-driven apprehension into a new light.

“Yeah, the year before, following the doctor’s orders, he went in for the routine scoping and discovered cancer in his bowels,” she began, smiling gratefully. “But we caught it just in time.”

“He’ll be fine, but it was scary.” Holding my hands, she made a proposal, “Let’s make a pact. I’ll do mine if you do yours.”

Two weeks later, I made my appointment at the Palo Medical Group. But being the weenie I am, I scheduled the procedure for two months out, so I’d have sufficient time to prepare mentally. Before I knew it, the day arrived to drink the junk.

“I can’t believe I’m finally doing this,” I thought as I plugged my nose for the first of four doses in one hour. I mixed in a bit of lemon Crystal Light and downed it quickly. Letting go of my gripped fingers, I found that the aftertaste wasn’t as bad as I thought. Nor were the next three scheduled gulps. Having completed my mission, I sat back to watch the latest episode of Ted Lasso, preparing myself for the predicted blast. I waited and waited for the next three hours.

“Maybe there’s nothing inside,” I wondered, remembering how I ate barely anything for the previous two days. But as soon as the thought crossed my mind, an all too familiar rumbling in my gut began to gurgle. What happened next was rather anti-climactic. This is not to say my bathroom and I didn’t become the best of friends for the next hour, but there was no pain. Just a visit here and a visit there.

“I got through that part easy enough,” I thought. “But I’m sure the main event will be dreadful.”

Upon arrival at the facility, I was met by friendly nurses who giggled at the questionable sense of humor I have when scared (I tend to ramble as I search for every joke I’ve ever heard). I was then introduced to my kind doctor, David Nano, who promised he’d take good care of me. It was a promise he kept. And with a little “happy juice,” I passed out only to wake a half-hour later to fabulous news, “Jackie, there are no signs of cancer or polyps anywhere. You’re good to go.”

All the angst I suffered for years, which kept me from doing this when I first should have, was for naught. Instead, the preparation for the main event was well worth the price of admission just to hear those words, “You’re cancer-free!”

We all know routine doctor visits are a must, especially as we climb into our aging years, but often we wait too long. So long, a serious issue can arise. Knowing I have four adult children, their wives and husbands, and, to date, four grandchildren, my health is of the utmost importance to me. I’ll never again take any aspect of it for granted, no matter what I must go through to find out the results. If the news is good, then I scream, “Yippee.” If not, then that will be a bridge I must cross, with and open heart and mind, to make my health better, or face the serious news. As the old saying goes, “when you have your health, you have everything.” Today, at 69, I’m an incredibly wealthy woman, and I plan to stay that way. I hope you do too!