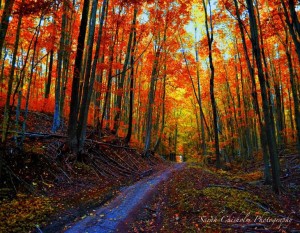 When it comes to technology, I’m the classic village idiot. About the only thing I know how to do is turn a gadget on, and even that doesn’t always work. When I was in the market for a new laptop, I decided to take my kid’s advice and purchase one they called “user-friendly.” Not only did this company offer classes for the challenged consumer, more importantly, my children would also be relieved of incessant questions from their mother.

I took a seat in a crowded Apple Store in the Valley Fair Mall and nervously pulled out my latest toy from its fashionable neon-pink carrying case. I anxiously waited for my first one-on-one training session.

Within minutes, a twenty-something youngster sat next to me and introduced himself as my tech consultant. Our meeting seemed to be getting off to a good start. But as we shook hands, his good-looking face began to shrivel up like a ripe plum in the hot Mojave Desert. Clearly, the child screaming next to us was damaging his concentration as well as his eardrums.

“I’ll never understand why people insist on bringing their kids in here,” he hissed with disgust.

Hmm, obviously not the kid-friendly type, I thought. But as long as he can get me rolling on this sucker, I’ll forgive that flawed character trait.

Refocusing on the issue at hand, “what do you want to know?” he asked in an expressionless tone.

“Everything,” I answered, smiling coquettishly in a singsong voice, proud to be a student once again.

His dark brown eyes narrowing into slits, he seemed to dissect every feature on my sixty-year-old face (all with noticeable revulsion), his body language screaming, “Oh God, not another one of these idiots!”

“Ok, maybe not everything,” I interjected quickly; fearful he’d leave before we even got started. “Just teach me the basics. What am I supposed to do with my fingers on the mouse pad?”

“That’s how you want to start?”

“Yes, teach me that,” excitement building as I trusted we were finally getting somewhere.

Curling into a pose vastly resembling Rodin’s bronze statue, “The Great Thinker,” he sat mute for what felt like an hour. Finally, he was ready to speak.

“Can I make a comment so this will be more productive?”

“Of course!” I said, happy to be accommodating.

“Don’t tell me to ‘teach you.’ I loathe that word. You teach dogs, not people.”

Aghast that a simple request created such a volatile response, I searched nervously for a different approach.

“Please?” he added, for an extra condescending measure.

As a child, I was taught to be polite, no matter what the circumstance. Fearing I offended this man/child, I internally shut down and went on a vacation for the next 45 minutes. All his vast knowledge fell on ears clogged with wet cotton.

But later, as I walked to my car, the humiliation I’d felt transformed into an emotion I often prefer to smother: anger.

“How can teaching be interpreted as a bad thing?” I wanted to scream. “The fact of the matter is you are a teacher, mister! And it’s because of inept people like me, that you have a job in the first place.”

Then, taking a moment to calm down, I realized there was a lesson in all this for me somewhere.

While I’ll never be able to control the human side of anyone as it gets the best of them, rather than letting it destroy me, I’ll seek to forgive. After all, they’re the challenged individuals, not me. All I can do is lead with my heart and leave my ego at home.

We can’t help but have strong egos at times. That’s the human part of this spirit journey we travel, but sometimes it can get way out of control when the only thing leading is the head. I know I should have called for the manager that day, but I was so taken aback, I froze. How do you handle situations when you’re made to feel less at the overwrought emotions of another? I would love to have a script bag for the next time I get blindsided.