Remembering in the Present 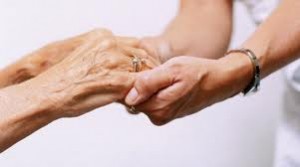 My dad was never one to gush over his four children, especially not in the way my mother did. Ever the purveyor of descriptive language, there was not a day that went by that mom didn’t tell us how special we were. From the tips of our little button noses to our clubfeet, in her eyes, we were perfection. For dad, his admiration came in subtle, quiet expressions – a look in his eye, a smile of pride, a nod or a wink.

Recently, in one of our typical evening conversations, I asked what he remembered most about his children when we were young. I have my opinion as to who the best-behaved child was. I was curious to see if his jived with mine.

“Dad, what was Dave like when he was small?” I asked, figuring I’d start with the eldest and work my way down.

Rolling his eyes to the ceiling, he paused for a moment, obviously immersed with the image of his first-born son. Because of his birth placement, David had the lofty responsibility of being the one to blaze the trail for his siblings. It was his destiny to live an exemplary life for the rest of us to follow, a role he took to heart.

“He is such a good boy,” he began. “A sweet, kind soul. Always a joy, and beautiful baby too.”

Yes, I had to agree.

Hmm. That wasn’t the way I remembered it.

Tim and I are 20 months apart in age, and as children, we looked like identical twins. But while I was an exemplary little girl, Tim was a rascal always getting into mischief and doing the opposite of what he was told to do. If my memory served me correctly, and it always did, it seemed my parents were constantly scolding him. But, OK. I’d let him remember otherwise.

Looking back at his tiny baby with cobalt blue eyes, waves of snow-white curls, and a dimple in his cheek in the exact location my dad sported one; he reminisced, “Michael was always quiet, but is a good boy.”

Michael was a surprise child for my parents in their forties. By far, the most beautiful of the bunch, and the baby everyone wanted to protect long into his adult years, even when his choices became questionable in the eyes of social acceptability. I was especially happy to hear my father had only good memories of his baby boy and not the ones that caused severe pain.

Getting through this long exhaustive list of testosterone-loaded siblings, I was sure the best was being saved for last. After all, I was she only girl. His rose among the thorns which was not only sweet but perfect. My mother always said so.

“How about me?” I asked, waiting for my accolades.

Busy? What the hell did that mean?

Wait a minute! What about kind, loving and giving?

Leaning over to kiss him goodnight, I felt a pang of resentment. Perhaps it was true that my life has always been in perpetual motion and, yes, I did sneak quarters from his dresser drawer to buy a candy bar or two, but come on! I was the child who took care of all life’s little messes, including adult diapers. How come I’m not good?

A few days later, I eavesdropped in on a discussion my second child, Jenni, and her grandfather was having.

“Grandpa what was Mom like when she was a little girl?” she asked, sitting on the edge of his chair, getting right up to his face so he could hear her.

Standing from behind, I could see his body immediately begin to relax as his mind wandered to his only daughter – the one child who closely resembled him both physically and in temperament.

“She is such a good girl,” he proudly stated. “Never a bother.”

Hearing this immediately brought me to tears. Instinctively, I always knew this is how he felt about me. I could see it every time he smiled when I walked into the room, but being a man of little words, expressions from the heart to the intended were difficult to convey.

As Jenni and I giggled over the compliment later, it dawned on me that he only spoke about his children in the present. Not that “she was a good girl,” but “she is a good girl.” Well into his nineties, my dad seemed to hang onto the now of his days knowing tomorrow might not be there. He has his memories, those gentle pages of his past that flutter through his mind when completely alone, but when speaking of his children, his world was in present tense.

When God gave me the task of caring for him, he gave me one of the greatest gifts I’ll ever know. To spend time with a loved one’s final days brought full meaning to living in the moment. It was always a time for compassion, a time to treasure.

It’s cliché to say, but when it comes right down to it, the present is all we ever have. I know I’ll get lost lamenting about the past again or worry too much about the future, but I’m grateful to have witnessed the true joy of being in the moment with my sweet dad.

Taking in an elderly parent is a tough decision to make for it impacts the entire family. I was fortunate. My children were gone, and I had the entire house to myself. Other than the TV on full blast when my kids came home, and the smell and old man brings to a home, my children went on with their lives as usual. If you were a caregiver in your home, how were you able to handle it? What adjustments did you need to make and was it a “bother?”