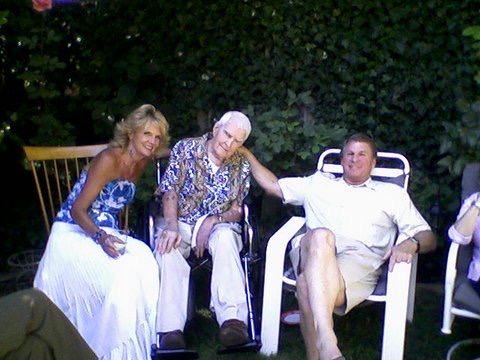 Carefully studying my father, his eyes closed as he traveled deep into his memories, I decided it was time to one ask a very difficult question. Pulling up a chair, I put my hand on his and said, “Dad, I need to talk to you.” Opening up those Irish blue eyes I loved so dearly, he waited for what he thought would be a pleasant conversation, only to be met with, “How do you want it to look when you die?”

Horrified, his face went blank. Then, attempting to readjust his worn-out body to sit taller in his recliner, he barked, “Die! I’m not dying. Why would you ask me this now?” Apparently, talking about the end of his life at the ripe age of ninety-six was, in his opinion, way too early.

Realizing I’d just stepped on a hornet’s nest, I regrouped. “Of course you’re not, and I want you here a long time. But I didn’t get to ask Mom this question, and it’s important to me to make your final days perfect, when that happens.”

Suddenly, a calm drifted over the room as he looked out the window, his gnarled fingers now encircling mine. Then, in a low, soft voice, he uttered, “Well, I want all four of you kids around me. And please cremate my remains, followed by a Catholic funeral. I don’t want a lot of fluff. Just make it simple.”

When Dad left on October 20, 2012, his end of life went just as he had wished. One by one, his four children spent time at his side saying their goodbyes. I was privileged to witness the miracle death truly is as he passed peacefully in my arms. We celebrated his life with a sweet, simple mass. It was beautiful; it was perfect.

It’s been eight years since Dad left, and during that time I’ve become acutely aware of how we, as a society, don’t want to talk about death, especially our own. Maybe it’s because we fear what we don’t know. Or maybe because from the moment we’re born, we’re groomed only to live. Even though the years are creeping up on me, I don’t want to face it. Instead, I tend to believe I’m invincible, that I’ll live to be way over a hundred, always in perfect health.

Not long ago, I decided to be trained as an end-of-life doula—an extension of hospice for a dying individual and their family. It was during my training that I realized I was doing a disservice to my children. Despite the fact my Living Trust had been fully implemented, with everything spelled out so they’d have no question what to do next, there was one area I didn’t delve into—my end-of-life celebration and how I wanted it to look. I used to think, “What do I care. I won’t be there. Let the kids do whatever they want.” But I now see this as unfair.

If my children are anything like me (and I know they are), it’ll be important that I give them some ideas of what I’d like. So, after careful consideration, I came up with a delightful plan. The one takeaway from my doula training was no matter how outlandish it may sound, this is your last request, so make it a good one.

So, kids, here I go! When it’s time, I want you to take me to our home in Tahoe. I want to die lying on the deck of our cabin looking at the sky and exquisite pine trees with my entire family around, as well as a case of Rombauer Chardonnay, nicely chilled. I want fun music playing in the background to make it festive, and lots of dancing. And while I know there’ll be tears, I want funny stories told about our time together, for while life has its serious side, we definitely have had our laughter.

But if this is impossible, I know you can bring the wine and music wherever I am. If I get you by my side knowing there’s a party going on, I will die a happy woman. I want it to be a celebration for I’ve lived an amazing life—not because I did anything special with it, but because I was loved by you. 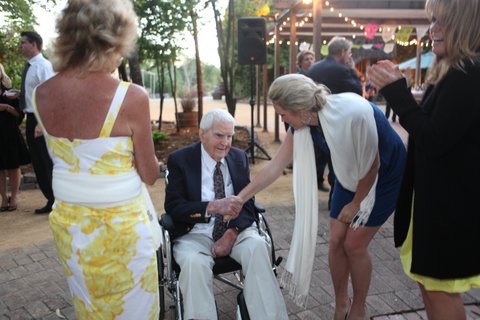 How do you want the of your life to look? Don’t be afraid to ask for the moon. Your loved ones might just get it for you.