The Art of Being Me 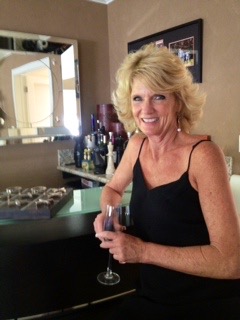 Waking up that bitterly cold Sunday morning after Thanksgiving, I crawled out of my warm bed to turn on the heat, only to be faced with what looked like an explosion of massive proportions.

Everywhere in my tiny apartment were remnants from a wild weekend with my four children, their significant others, and a baby on the move. Looking at the mess, first I sighed, then broke into uncontrollable tears.

Now, one might think this geyser came from the fact that this once OCD-clean woman knew she’d be spending the rest of the day scrubbing, doing laundry, and reorganizing. But the truth was, for over half my life, they’ve been my life, and each time they left, I found myself sitting in a haze desperately trying to recalibrate. After all, who was I without them?

Since my separation and divorce from my children’s father in 2001, I’ve found myself time and time again gluing my feet to a path that would bring stability, growth, and, hopefully, progress for me. I did this because that’s what we Capricorns do—we’re the goats who plod up difficult mountains to get to the top. But, in reality, I did this because I never wanted my kids to feel guilty when they flew for lives of their own. I wanted them to see I’d be just fine without them, even if it meant far away. So, fly they did.

For years, I’ve lived with the knowledge that both Michelle and Jenni would never live in the Bay Area again. Southern California spoke to their hearts with her long sandy beaches and warm sunshine. Tim, my wandering child, has lived in so many places, it’s hard to keep track of them all. And, while he’s currently close by in San Jose, I know he will once again be NFL (not for long).  But there was one child who, for over ten years, I could rely on to be my constant when I needed a fix—Lauren. Add her baby, and I was in heaven.

At the age of twenty-three, my third daughter moved back from college and began to grow roots in San Francisco. In fact, those roots wove so deeply into the crack and crevices of the concrete, I thought it would take the jaws of life to dig her out, what between her sweet community of friends, a job she loved, and her enjoyment of the hustle and bustle an exciting city can bring.  But since she became a wife and mother herself, a calling took place in her heart for a life with a home and yard, and before I knew it, Austin, Texas, whisked them all away.

When I first heard the news of their impending move, I desperately tried to hide my sorrow. I put on my happy face and expressed how thrilled I was for them, all while stuffing my emotions. My grandson Bo, who was fifteen months, was just beginning to realize I was someone special in his life and not just an old lady who changed his diaper. We had a rhythm, we had our favorite places we liked to go together, and when his little arms reached out for me, I melted. Selfishly, I liked how things were because I once again found my mothering purpose.

Recently, I read an article in Christian Today about the struggles of starting fresh. We’re creatures of habit and design. We create images in our heads of how life is supposed to be, only to get thrown off course with change. This latest development left me wondering, Now what do I do? After several days of sniveling, I began to see that what I perceived as a new emptiness was perhaps part of a Divine plan for me too. Without them and what they needed from me, I was being called to discover what I needed from me.

As a mother, rarely have I ever considered myself. Once my babies were born, my life and heart went into turbo nurturing mode, with every thought and deed involving them. And even though they grew up, I allowed nothing to change. But I was someone before they were born. I had dreams, talents, and desires. Underneath this veil as Mom, tucked deep inside, I’m still that girl. I just have to let her out.

So, sketch pads, paintbrushes, and oils, here I come. Old guitar, I’m cutting my nails so we can become friends again. And my fifth book, I’m on it! But first, I need to be proud of my role as a mother, for they are truly launched; my work is done. I’ll always be their mom, and should they need me, I’m all over it. But I see now I’ve been given a gift—a beautiful opportunity for a rebirth and the freedom to discover the art of being me. Only I can do this. This is what I need from me.