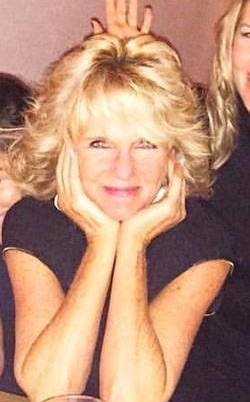 As I walked by my bedroom, I noticed my mother doing something that made me stop and stare. With fingers strategically place on her forehead and cheeks, she tugged at the sagging skin as she examined her reflection in the mirror. In my sixteen-year-old mind, I thought, How strange. So, I asked as only a teenager would, “What the hell are you doing?”

Startled at being caught, she quickly leaned back and replied, “Nothing.”

“Mom, you were pulling at your skin,” I persisted. “Is everything alright?”

After a long sigh, she looked back into the mirror and whispered, “I was just trying to remember what I used to look like before I got so old.”

Doing what any loving daughter would do, I reassured her that she was beautiful just the way she was, only to be met with a dismissive “What do you know. You’re still young.” Sadly, today I know. Now, I’m that woman pulling at my skin, longing to remember when.

I always knew this day would come but never wanted to believe it. In my youth, I basked in the sun daily with no sunscreen. Being tan was far more important than worrying about wrinkles that, in my opinion, wouldn’t happen to me. As a college student, I watched my mom’s body fall apart with degenerative joint pain and arthritis, but I lived a world of denial that I too would endure any physical problems. Nope, I was going to sail through the aging process and be one with the twenty-one-year-olds. After all, I ate healthy, never smoked, exercised daily, and drank responsibly. Now, as I approach sixty-seven, I study the reflection in that same mirror and wonder, How did this happen?

Regrettably, today’s marketing for beauty products has inculcated many a woman’s mind that after she turns fifty, it’s all downhill. I fell into that trap. At forty-eight, I found myself single. As my therapist guided me through the pain of divorce, she insisted that I didn’t date for at least two years. My immediate reaction—“I’ll be dead by then, or at least completely undesirable.”

Fortunately, I’ve grown up since then, and while another wrinkle here or there makes me sigh, I’ve come to believe that for me, the worst thing that could happen is not the wear and tear of physically growing older, but the discovery I’ve become invisible—that my thoughts and opinions no longer matter, and I add no value to anyone’s life, not even my children’s.

Being a highly sensitive woman, feelings rule my every waking moment. My kids like to describe me as “emo” (emotional). I lead with my heart, never my head. This becomes dangerous when feelings from an earlier time—feelings that aren’t fully processed—pop up and direct my actions. It’s these feelings that have often gotten in the way of my growth, especially when I’ve allowed the wounds of my childhood to rule the day. As children, we see life through the lens of a child. Then we stuff those feelings into our subconscious. When they surface in our adult life, we consider them almost like a gut instinct because they feel familiar. We take them for the truth.

My revolving theme? I’m not good enough. The inadequacies I felt as a child and teenager sprung up as insecurities as I aged, and now as feelings of irrelevance. Because these feelings followed a well-worn rut in my mind and perception of myself, I took them as truth. I’m so used to feeling not good enough, I can’t see them as anything but a fact.

But a very wise woman recently told me, “Feelings aren’t facts. They’re just feelings.” Pondering that statement made me realize something: I need to look through the lens of the adult I’ve become and forgive all I perceive hurt me so long ago, including myself. It’s only then that I’ll be able to see the truth in my life’s facts—that I am good enough. And the more visible I become to myself through my truth, the more truly visible I will be to others.

The aging process is inevitable. There’s no getting around that. And, like my mother, I refuse to “go gentle into that good night.” I plan to fight getting old all the way. But it won’t be with creams, dyed hair, and makeup (well, maybe a little). Instead, I plan to let go of the falseness of my youth and evolve. I want to be seen as the real me—feelings, facts and all.