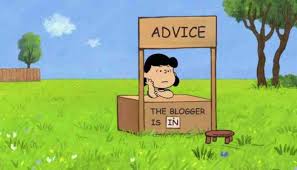 Thrusting the ticket in my face, the grumpy highway patrolman growled over my expired license plate.

“How this could have happened?” I cried, confused. “I don’t remember ever getting the notice to pay.”

Hating to be in trouble with the law, the following morning I got up early and arrived at the DMV before the doors opened. Sadly, other people had the same idea.  Since the parking lot was already full, rather than drive in circles and waste precious time, off I went to find space on the street. That’s when I met another equally unpleasant individual.

“What the hell!” the driver in front of me hollered, his head sticking out his window. While expired registrations can make one person crabby, bumpers tapping can cause a violent reaction in another.

Before I knew it, his ponytailed, mid-life mug was smashed against my driver side window as he continued to rant, spit spraying everywhere, “You’re sorry? You’re sorry?”

Holding my composure, fearing he had a gun hidden under the sleeve of his tattooed arm, I wanted to say, “You know, this morning I couldn’t wait to get into a fender bender and I decided you’d be the perfect candidate.” But, instead, I tried to soothe, “It was an accident. Let’s exchange information.”

Several minutes later, job complete, I was still alive and ran to the DMV only now to find the line was out the door.

“Crap! This is going to take forever,” I sighed, thinking of all the work I was supposed to be doing at the office.  Four hours later, my number was called.

Running to the window, I met the friendly clerk and told him my sob story.

“I don’t know how this could have happened. I always pay my registration.”

Looking over my account, he did some typing, then smiled. “Looks like we never sent you the notice.”

“What? Does that mean I can get out of this ticket?”

Patting my hand and with a glint in his brown eyes, he informed, “Sorry, like taxes you need to know when to pay them. But, I won’t charge you any late fee.”

Knowing I was now five months overdue, and that could have been one hefty fine, I paid the bill gladly and skipped out the door. But, arriving at my car, the final insult to my long list of injuries sat on my windshield: a crisp white envelope complete with a $45 parking ticket.

“Seriously? God, are you kidding!” Crawling into my car, doing what I do best when frustrated, I began to blubber. “This has to be the worst day ever.”

But, as I drove away, berating myself for being so idiotic, I wondered, ”What would I tell the kids if they were in this situation?” Somehow, I’m always kinder to them than I am myself.

If I were to give loving, motherly advice, I’d say from the heart, “Nobody died. Get over it and move on.”

Settling down, wiping the tears away, I now saw the day’s events not as horrible, but actually lucky. Sure, I felt bad for causing inconvenience to an already miserable human being’s life, but I met a lot of nice people and even handed out several of my Alain Pinel business cards.

I also learned that if a registration is six months overdue, your car can be impounded on the spot, no matter where you are (so watch out!). And, as for that $45 ticket, it was nothing compared to the $600 fine I was facing if the clerk hadn’t been so nice.

Despite the fact I hid in my house that entire weekend, fearful of pushing my luck any further behind the wheel, I began to see how blessed I truly was. This was just an accident and my insurance company would take care of everything. But, most importantly, nobody died, and by treating myself with kindness I was able to get over it, and move on.

You know, sometimes I give good advice. Maybe it’s time I took it more often.

When have you given great advice, but failed to take it yourself? I’d love to hear about it. 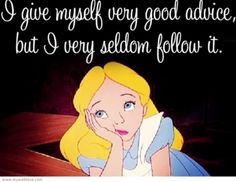