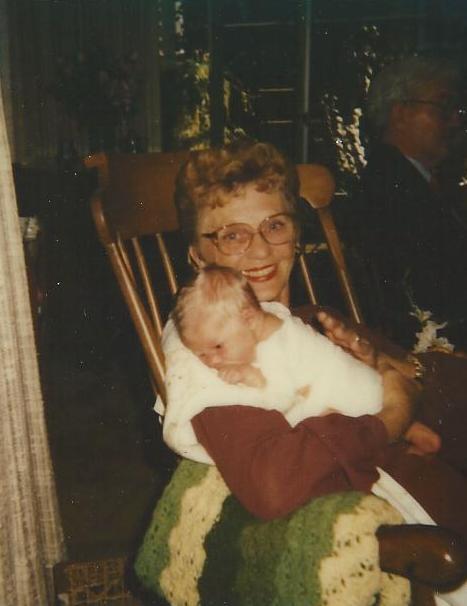 “I can’t believe he’d do this to me,” I cried hysterically. “After all, we meant to each other.” Curling into a ball, torrential tears melted my mascara as my entire world came crashing to an obliterated end.

Annoyed at yet another gusher, Mary, my sixteen-year-old BFF, had had enough. “Get over it!” she barked. “You only dated him a week.” Little did I know, when it came to broken hearts, there was a Statute of Limitations for my sorrow.

Throughout my life, I’ve been told countless times to move on. Being the highly sensitive type, I have difficulty finding Band-Aids large enough to tape over the gaping sores that come from loss. For me, detachment is excruciating, especially when it comes to people I deeply love. One, in particular, my mother.

When I was a child, Lassie Pearce Madden was not only the most beautiful creature I’d ever seen with her flaming red hair and saucer-like blue eyes, but her magnetic personality sucked everyone into her personal space, including her daughter. She was my be all and end all; the air I breathed; my reason for being my best. I wanted to grow up and be just like her.

When I too became a mother, she was still there holding my hand through the diaper changes, late night feedings, scraped knees and wounded hearts. But it wasn’t long before her ability to help sadly deteriorated as her body succumbed to one ailment after another leaving her in horrific pain. Watching her become infirmed was nothing I ever prepared myself for.

In my youth, Mom was the “Wonder Queen;” slayer of nightmares, the firefighter dousing high fevers, and a psychologist making sense of life’s unfairness. But as the years marched on, our roles reversed. I now was taking care of her.

No longer were we eyeing the latest fashions at Nordstrom’s, but sitting in hospital rooms. When she had a slight reprieve from her medical prison, which might have lasted a month, the rest of our outings became jumping from one doctor to another. I was exhausted with the routine, and angry at God.

When she passed away on July 20, 2003, her fingers slipping through mine, my first thought was, “I need to go to the grocery store.” I hadn’t seen my children in over a week, and I was sure they were hungry. I was done mourning, for I felt her loss years before.

But when Dad left two years ago, one evening I found myself doubled over, convulsing in pain and sorrow missing her. Because all my attention immediately went to him after her death, I realized I never grieved properly for the most important woman in my life. How I wanted her back. How I still want her here.

It’s been hinted by meaningful friends that I should get over this too. After all, it’s been twelve years. The circle of life completed itself, and it was time to move on. This has caused me to wonder, when did time become a condition of grief? I always thought heartache should follow its specific clock. For some, it might take a few months, others a lifetime. The most important thing, when those feelings bubble, is to embrace them, and honor them, so we can learn to live with them.

Maybe I should call our Senators. It’s time to create a new law. Going forward there shall be no more Statute of Limitations when it comes to bringing justice to our pain. Profound sorrow should be celebrated. How lucky are we when we’ve had a love that’s too hard to let go.