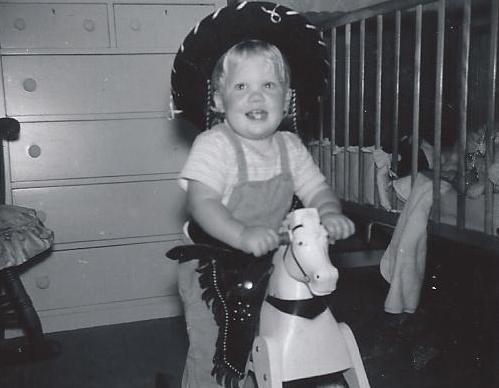 Growing up surrounded by highly explosive XY chromosomes, the expectation was clear from an early age: learn sports, play sports, love sports – or die. I chose to live.

As a child, if I wanted a playmate, I had to become one with testosterone and their activities. Not only did I live with three brothers, but the entire neighborhood was dominated by the male beast.

While my siblings were ok with the fact I was of the female persuasion (perhaps because I proved to be just as competitive when it came to grabbing the last piece of cake, the front seat of the car, or monopolizing of the only TV in the house) I didn’t fare as well with the other boys on the block.

“Honey, what happened?” my Mom asked, as I flew past her in tears one warm summer afternoon in 1961.

Through heaving sobs, my nine-year-old mouth sputtered, “They told I couldn’t play anymore because I run like a girl.”

Gathering me into her loving arms, Mom stroked my head until the waterworks subsided. Then, placing me on her lap, putting my head to her chest, she soothed, “Well, honey. You are a girl.”

Seeing this as a wonderful opportunity for learning, Mom dried my tear stained face and lead me to the bathroom mirror.

“Tell me what you see?” she began.

At first, I wondered if this was some trick question. All I saw was a freckled faced, buck-toothed kid with two ponytails.

Nudging me a little closer to my reflection, she instructed, “Look harder.”

For the longest time, I stared at the disheveled creature before me. Not sure what she was getting at, I took a guess, “me?”

“That’s right!” she shouted. “You! You in your perfect form and that includes being a girl. Don’t let anyone ever make you feel that it’s a bad thing.”

Back in those archaic post-World War II days, little girls were raised to be feminine, pleasers, and conformists. While my mom worked tirelessly to break me out of the ice tray society froze their daughters in, it only worked for so long. No sooner would I stand tall and proud than cruel words were flung in my face, and I’d crumble all over again.

“Sticks and stones may break my bones, but words will never hurt me.” Mom always said this was a good script to use when faced with degrading comments, but the truth is words are powerful weapons on the human heart. They not only hurt, but they can also destroy and leave the victim struggling to put the pieces of their soul back together again.

It was my mother’s desire to change the world for her children. She wanted bully’s tauntings to evaporate in the air as quickly as she wanted societal norms to change. A part of her must have known that was an impossible feat, so she concentrated on her children with words of encouragement and self-awareness, hoping one day they’d become engrained in our psyche. Fortunately, her hard work finally paid off.

Today, when I hear I do anything “just like a girl,” I say, “Why thank you!” for that’s exactly what I am. And because I have two X chromosomes, I run like me, dance like me; wear clothes and make-up that reflect me. I even fight like me when the time calls for it. For I am a girl, I am me, and at sixty-one, I own it. I pray I educated my daughters equally well the lessons Mom taught me so long ago. 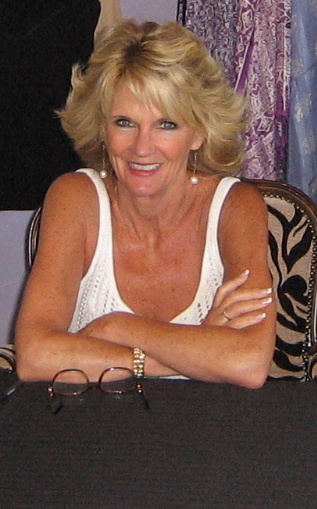 Have you ever been branded as something that made you feel less than what you knew you truly were? I’d love to hear how you handled it.