My Graduation from One Phase to Another 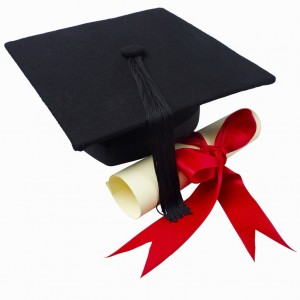 Looking into the sweet blue eyes of 10-year-old innocence, I wasn’t sure how to answer the question Kaitlyn Ecklund asked.

“Jackie,” she began. “I still don’t understand why you have to retire. You can easily teach a few more years. I’m not ready for you to quit.” And then, with complete certainty in her tone, she added, “you’re not THAT old!”

On so many levels, she was right. I’ve heard it said time and time again, “you’re only as old as your mind says.” Despite the fact the chronological number was now ticking past sixty, in my mind, I was still thirty-five.

For the past 20 years, I’ve enjoyed a lovely afternoon activity with hundreds of children (1,800 to be exact) known as dance. It was in 1992 when the director of the Mountain View Dance Attack studio, Sioux Lehner, first offered me a job as a baby teacher. Being a sucker for cherubs still in diapers, how could I resist? That was the easy part, but imagining myself as an instructor was harder. At first, I found the idea incredulous.

While I’ve always loved to dance, at the age of 8 I was expelled from my class. Apparently, my mother was told I was a behavioral problem. Already a free spirit in an arena of strict ballet, it didn’t help that I was an excessive talker. The combination did not sit well with the dance master in 1960. But with Sioux’s faith in me, and a lot of private lessons, my comeback story began.

For the first ten years, I pranced around the Dance Attack studio with feathers in my hair, plastic jewels on my arms, and my first tutu. The latter ten have been at the El Camino YMCA, where I created a program that focused on expression, not perfection. Who cared about talent when the kids were so damn cute? But like all lovely things that run their course, on April 30, 2012, it became time to hang up my toe shoes. My dad was in the final transition of his life and because of his twenty-four-hour care, I had little bandwidth for anything else. As I bowed at my final performance, I realized I wasn’t retiring, just moving on to something new.

At the closing of every school year, there is an exciting event called a graduation. It is the moment where families celebrate the ending of something rich and rewarding so that a new phase can begin. This is why it is a called a commencement, but it doesn’t just refer to our education. Stages of our lives also have graduations.

In our youth, we leave school and go into the workforce. Next, maybe there’s marriage or traveling the world before settling down. At some point, a child may arrive, then they too begin the cycle all over again, and we’re encouraged to revisit our personal development. This last phase I found particularly difficult, especially when in the midst of it all, I lost my mother as well. Now, my dad was preparing to meet her. I was graduating from being a caregiver to a woman finding herself.

I have to admit; I’ll miss those dance years and the love I shared with those children. I want back being told, “you look like a grown-up, but don’t act like one,” or that “you’re the silliest big person I’ve ever known.” And when it comes to the Stanford University half-time shows where my babies flitted and fluttered across the court in bright colors and sparkles in their hair, I’m sure there will be a tear that escapes my eyes as I watch someone else’s group take center stage. But in the end, I’ll carry the memory of each precious child who made me giggle, allowed me to be the nutty person I am without criticism and loved me without any hesitation.

Kaitlyn you’re right! Retirement is so overrated. Instead, I’ll be moving on to explore new adventures while filled with the love you and so many others gave me. I may be hanging up my toe shoes, but never my tutu. My inner child will remain alive, and dance will always be a wonderful part of my soul. That I’ll never give up.

Over my life, I’ve received a Ph.D. in change, some more dramatic than others. What have you left behind so new life experiences could enter?