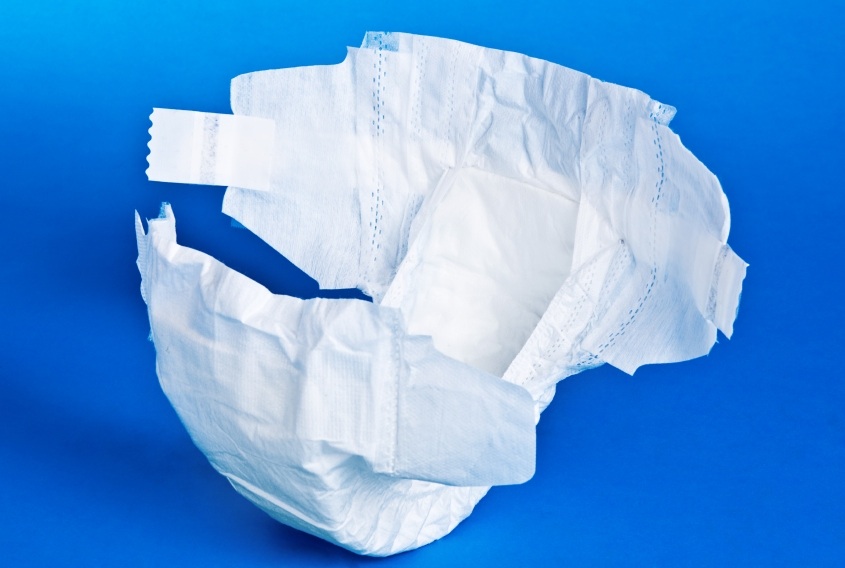 After decades of blissful retirement, I recently found myself reviving a career I’d left behind thirty years prior. It was 2011, and I was back to being a DSS, otherwise known as a derriere sanitation specialist. Yes, I was back to changing diapers, only, this time, it wasn’t for a sweet little baby, but instead for my 95-year-old father.

When dad moved in with me in June 2011, I knew there’d be challenges for both of us. For him, it would be his complete loss of independence and the agonizing feeling that he was a burden.

For me, it was the constant fear of making a mistake. Our time was limited, and I wanted his remaining days to be perfect.

The day he arrived, everything went off without a hitch… until the caregiver left at 4 pm. Suddenly, I was in charge, and my father needed to be spoon-fed, have his meds administered, and teeth brushed. Not only that, there was that stack of Depends sitting next to his bed.

Standing over his crippled body, a powerful cascading avalanche of fear crashed down around me. When I ever felt lost with my first child, Michelle, my mom was there to swoop in to the rescue. I was all alone now.

As if he could sense that his daughter was about to see him in his entirety, my poor father’s body stiffened, and his face shriveled up, like an apple drying in the hot sun. Hoping to make light of the situation, I forced a giggle and said: “Ok dad. Close your eyes and just think of me as some cute nurse. This will be over in no time.”

After detaching the plastic strips, I guided him onto his side and yanked the soggy slab of paper pulp lined in plastic off, with no problem. Part two, turning him over, would prove to be a different story.

Pushing and pulling the dead weight off his broken body back and forth, I struggled to get the clean one positioned just right. After several frustrating minutes that felt like a lifetime, I was sure I had it.

Rolling him over, I easily fastened the left side. I turned to finish out the right and found there was a gaping hole between the two ends and a huge expanse of white skin left exposed.

Now, what do I do? I cried inside.

Sweat dripped down my body like some form of Chinese water torture. The thought of redoing the entire thing became overwhelming. I wasn’t sure I could move his body again. Not knowing what else to do, I quickly ran for the bolt of electrical tape, ripped off several strips, and secured him back together.

“Dad, I’m so sorry,” my lip quivered, as tears dribbled down my cheeks. “This will hold you together for now. I’ll get it right tomorrow.”

For a moment, the room stood still, and the air seemed to fail to reach my lungs. How could I have been so inept?

As I left the room, his words hugged my heart. I’d wanted each day to go smoothly from start to finish. Blunders abounding from my idiotic human self-were not part of the plan. I remembered his gentle words whenever I was too hard on myself. Your life is all part of a beautiful universal plan where God makes no mistakes. The error comes in not seizing the opportunity to learn from your mishaps so you can reach your highest potential.

I know I’ll always cringe when I think I’ve done something stupid. Old habits die hard. But with each new mishap (and there’ll be many) I hope to grab an opportunity to learn something new and spectacular. The best classroom we’ll ever attend is the one we wake-up to each day – our life. Diapers, electrical tape, and all.

By the meer fact that we’re human, making mistakes is inherent in our nature. What are some of yours that you were able to overcome?