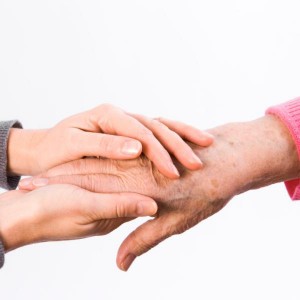 My mother watched as I sprayed my Farah Fawcett curls with an extra dose of liquid glue. I was just finishing my 3 hour glamour preparation for the sophomore dance when she opened her crimson painted lips and I prepared myself to hear the usual, “Oh, honey! You look precious.” Instead, she said something quite different.

“Jackie, when you’re at the mixer tonight, remember – no groping.”

“No physical displays of affection!”

Turning quickly to confront her, the layers of thick shag locks whipped my face nearly knocking my eyesight out.

“Mom,” I hissed, highly annoyed. “I don’t even have a boyfriend. I doubt I’ll be making out on the middle of the gym floor.”

“Well, just remember. Hands stay at the waist at all times. Not above or below.”

It was 1968 and I’d yet to receive my first peck. Fearing I was on track to become that sad “sweet 16 and never been kissed” creature, I was on a mission to get lip-locked. Later that night, smack dab in the middle of 200 high school kids, I convinced a football player to plant a wet and juicy one on my highly glossed mouth. And, with typical teenage defiance to my mother’s words, I fully enjoyed the moment without consideration of being a spectacle.

But as I matured, I grew to understand that my mom’s teaching wasn’t just a result of her Elizabethan Era upbringing, but that she actually had a good point: Physical signs of endearment were meant to be private for the two involved.

Not long ago as I was getting my 96-year-old father ready for bed, a rare moment passed between us. He reached out, grabbed my hand, held it, and grinned. Being a die-hard 49er fan, he was listening to the game with his headset on. By the look on his face, I was sure a touchdown had just happened.

But then I realized there was something different about this smile. It wasn’t giggly or visually screaming “Yippee.” It was deep and engaging as his gnarled fingers squeezed my hand tighter. With his sky blue eyes peering into mine, I felt a spiritual connection to this man unlike any I’d ever known before. It was as if two souls were embracing through the simple touch of fingers. No words were spoken. They didn’t have to be. He was letting me know he loved me.

Leaning over, I kissed his cheek and smiled back in kind savoring the moment. A memory I’ll treasure forever.

I’ve always thought that the most crucial component in a relationship was verbal communication. That evening I realized that displays of affection are just as important. Perhaps even more so.

Now, I agree with my mom, being forced to watch faces that are being licked like a melting popsicle and mouths swapping spit are a little much even for me to witness. And just like her, I warned my girls and son to act appropriately when dating. Though this Thanksgiving, along with the turkey, I’m eating my words.

As my adult children come home one-by-one, I plan to tackle them in the driveway for the entire neighborhood to see and smother them with kisses and hugs. Once that’s done, I’ll scream at the top of my lungs, “I LOVE YOU!” And I won’t care if someone finds this excessive or offensive. It is my mission that they fully comprehend that they are a God-given blessing in my life, just as I know my dad thinks of me, for which I’m always grateful. And not just on Thanksgiving.