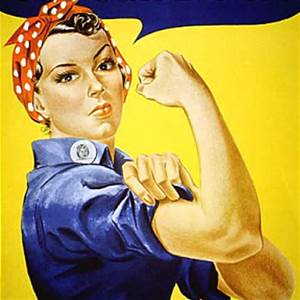 When I was young, if someone labeled me stupid, my self-confidence would be ripped to shreds, leaving me feeling worthless and undesirable.  But this time, I deserved to be called out.

On June 28th, I went in for what was deemed a mere procedure on my knee: nothing major, nothing life threatening, just a little tear in the meniscus. Having already undergone two hip replacements, I was sure my recovery would be easy-peezy.

Fearless, I Ubered to Stanford Hospital for my 7:00 am surgery and woke a couple of hours later eager to hear the good news.

“Everything went fine,” my surgeon, Dr. William Maloney, reassured as he patted my arm.  “But, it was more than we thought.”

Staring into his kind face, I wondered, “What the hell does that mean?”

Apparently, stage 3 arthritis loves to feast away on the cartilage in the nooks and crannies of one’s joints leaving bone to sit on bone. Another replacement was in my future.

“How can that be?” my brain screamed. “How unfair!” But, as a member of that feminist generation that burned our bras, I was determined to rise above. After all, I was woman, and I was going to roar my way to recovery, alone.

At first, I slept. Then, I read, slept some more and by day four became stir crazy.  Just as I was about hunker down and view every episode of  “Breaking Bad” on Netflix, the best medicine found its way to my inbox: Party at Dave and Kelly Cook’s on the 4th.

Enough time had been spent suffering in silence, but two days later, I was faced with a new dilemma: How to get there?

Thinking of my options, it came down to three: call Kelly and ask who else was coming, drive myself or walk; however, knowing I still had a few painkillers floating around inside me, driving was tossed to the curb.

Then, it became crystal clear: claiming my true independence on our nation’s birthday, I’d walk.

Gathering up two bottles of wine, I threw them in a backpack and out the door I went. Forty-five excruciating minutes later, I hobbled in, riddled with pain. I needed ice and a stiff glass of Chardonnay.

“Are you crazy?” Kelly asked as she wrapped me in her loving arms. “Someone would have picked you up. You’re so silly.”

“No, stupid is more like it,” I announced, wondering what possessed me.

Later, as I sat with a host of people I’ve known and loved for over twenty-five years, I found myself questioning, “Why do I constantly make things so much harder for myself than necessary?”  Was it because I’m a Capricorn and we’re known to be stubborn goats? Or the conditioning I received as a child from my mother; self-reliant women were strong women? Whatever the reason was, it was time for a mental makeover.

We all know we were never intended to live in this world alone. It’s part of our basic soul-driven DNA to want to connect and be of service. Sadly, my fear of looking weak has never been pretty, so asking for assistance took a lot of courage.

I learned something very important that day. While I hate to admit it, I’m human, and it’s time I got out of my own way of trying to prove I’m invincible. I have wonderful friends always ready to help. I need to let them. Allowing myself to be vulnerable won’t make me weak, in fact, it’s a sign of strength. Plus, parties are more fun when I’m not acting silly and in unnecessary pain.